Crail is one of a number of little fishing villages situated in the East Neuk of Fife. Just ten miles south of St Andrews, Crail has cobbled streets that lead down to a pretty little harbour where visitors gather to enjoy the scenery and to watch the boats in the harbour. It can be busy at times, especially when the weather is good but even then, there is a lovely atmosphere to enjoy.

The buildings in Crail are characteristic of the area and include those with white harled walls and with red pantile roofs. These buildings stand out in a very attractive way and have been the subject of many an artist’s paintings. Art lovers will not be disappointed with Crail, for along with the beautiful setting, Crail has its fair share of galleries and craft shops.

For Crail and the other fishing villages on this part of the North Sea Coast fishing was the main industry in years gone by, with herring making up the majority of the catch. Crail had been an important and prosperous fishing village since the 12th century. Today, much of Scotland’s fishing fleet has moved further north while the remaining fishermen in this part of the country concentrate on shell fish. In Crail the catch consists of high-quality crab and lobster. During the summer months there is the Crab Shack where you can buy freshly cooked crab and lobster to be enjoyed with a roll and some seafood sauce. 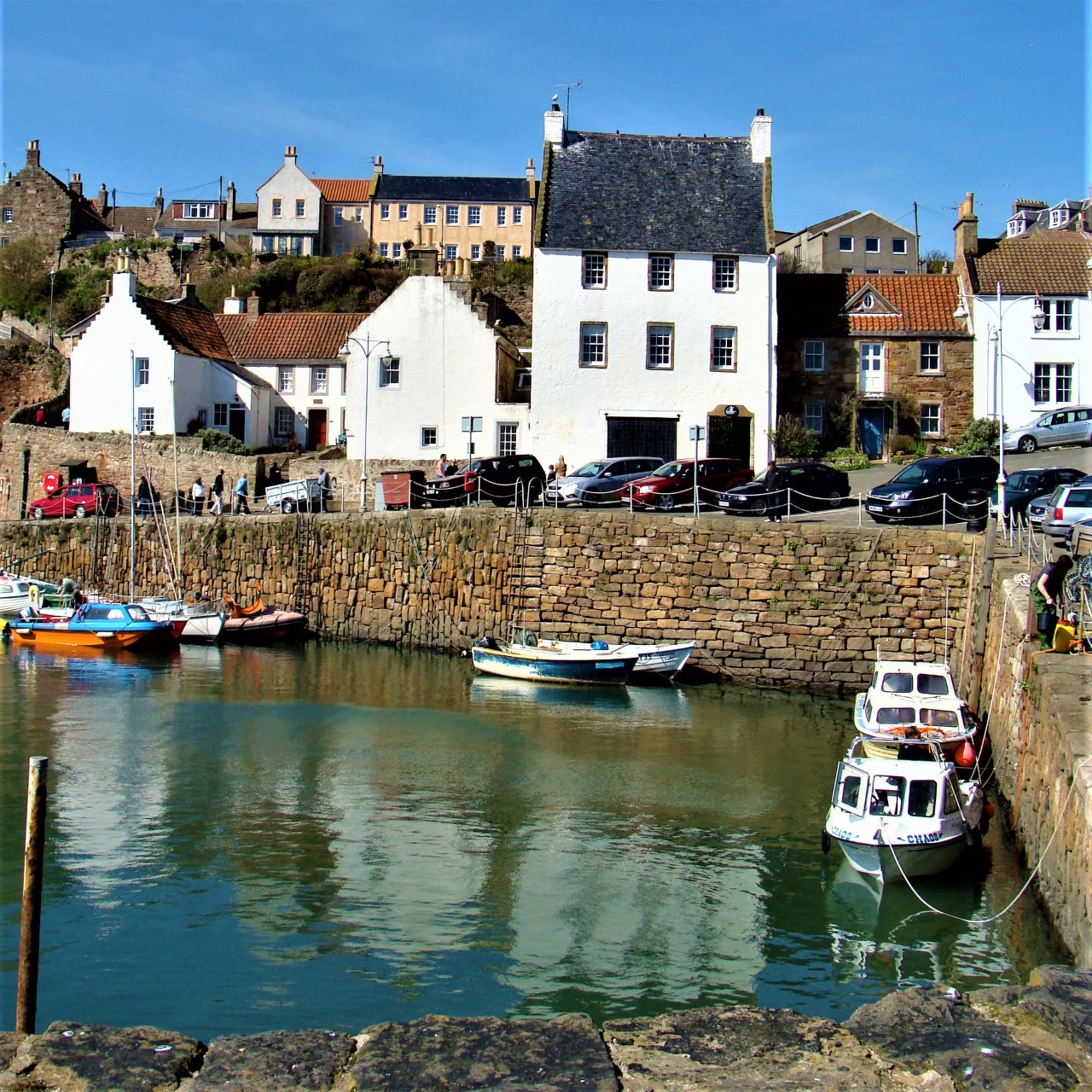 An interesting feature to look out for, should you visit, are the fossilised trees to be found on the beach beside the harbour. These date back to the carboniferous era. There’s also a sundial which has a fossilised tree as its base. This can be found on Castle Walk where you’ll have beautiful views over the Firth of Forth towards the Isle of May.

Visitors often enjoy some time on the beach whether building sandcastles or looking for sea glass or interesting creatures lurking in rockpools.

At one time Crail had one of the largest medieval markets in Europe. It was held in the wide Marketgate area. Crail has existed since the late Iron Age. In 1178, during the reign of King William of Lion Crail was made a Royal Burgh. This came about because of Crail’s economic importance and brought certain privileges with it including the right to hold markets on Sundays.

Nine miles west of Crail you’ll find Anstruther, the biggest of the fishing villages in the East Neuk area. Anstruther is equally as pretty as Crail and is popular with holiday makers, day trippers and those partial to a good fish supper! Anstruther Fish Bar has won several awards including UK Fish and Chip Shop of the year.

From May to September, it’s possible to take a boat trip from Anstruther to the Isle of May. On the way, look out for the local wildlife including seals and puffins.

Scotland is famous for its seafood. Fishing was a huge industry in the past for coastal parts of Scotland. Anstruther is home to the Scottish Fisheries Museum where this lost way of life is remembered through a collection of historic photographs, paintings and objects related to life at sea.

If you enjoy being in the countryside and looking at local wildlife you may enjoy a visit to the Scottish Wildlife Trusts Kilminning Coast. Just a few miles north east of Crail the reserve stretches along the coastline and has a number of habitats including species rich grassland, salt marsh and coastal scrub. The coastal scrub is home to rare grassland. Purple milkvetch and northern marsh orchids can be found growing in the reserve. The coastal scrub is a good place to find nesting whitethroats, linnets and stonechats. 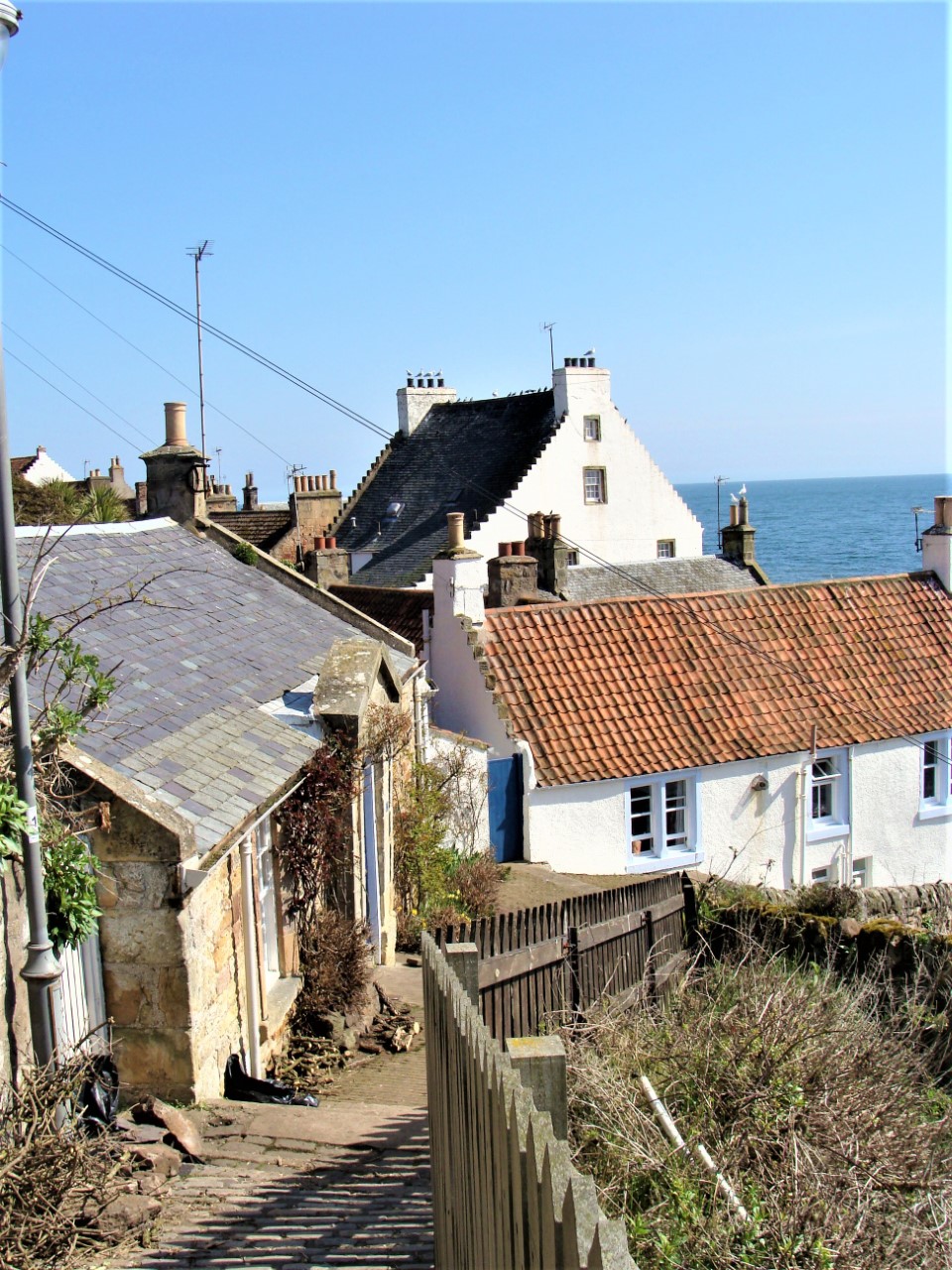 Depending on the time of the year, you’ll see different species of migrant birds, wildflower meadows and offshore birds such as cormorants, shag, guillemot and gannets. Closer in you’re likely to see the eider ducks. With some patience and a little time, you may even be able to spot dolphins out at sea. Second World War defences can still be seen on the reserve but there is even older archaeology on the site. Opposite Kilminning Castle Rock there are ancient stone burial chambers called cists. These are the first indications of man’s presence in the area of the reserve. At the north east end of the reserve there is another burial site which according to local folklore is the final resting place of a great Danish warrior.

If you have access to a car, should you visit this part of the world, I would highly recommend follow the Fife Coastal Route (A917) which is 77 miles long and passes through some beautiful coastal scenery. It will take you through thefishing villages of Crail, Elie, Earlsferry, Kingsbarns, Pittenweem and St Monans, which all deserve a visit should you have the time. 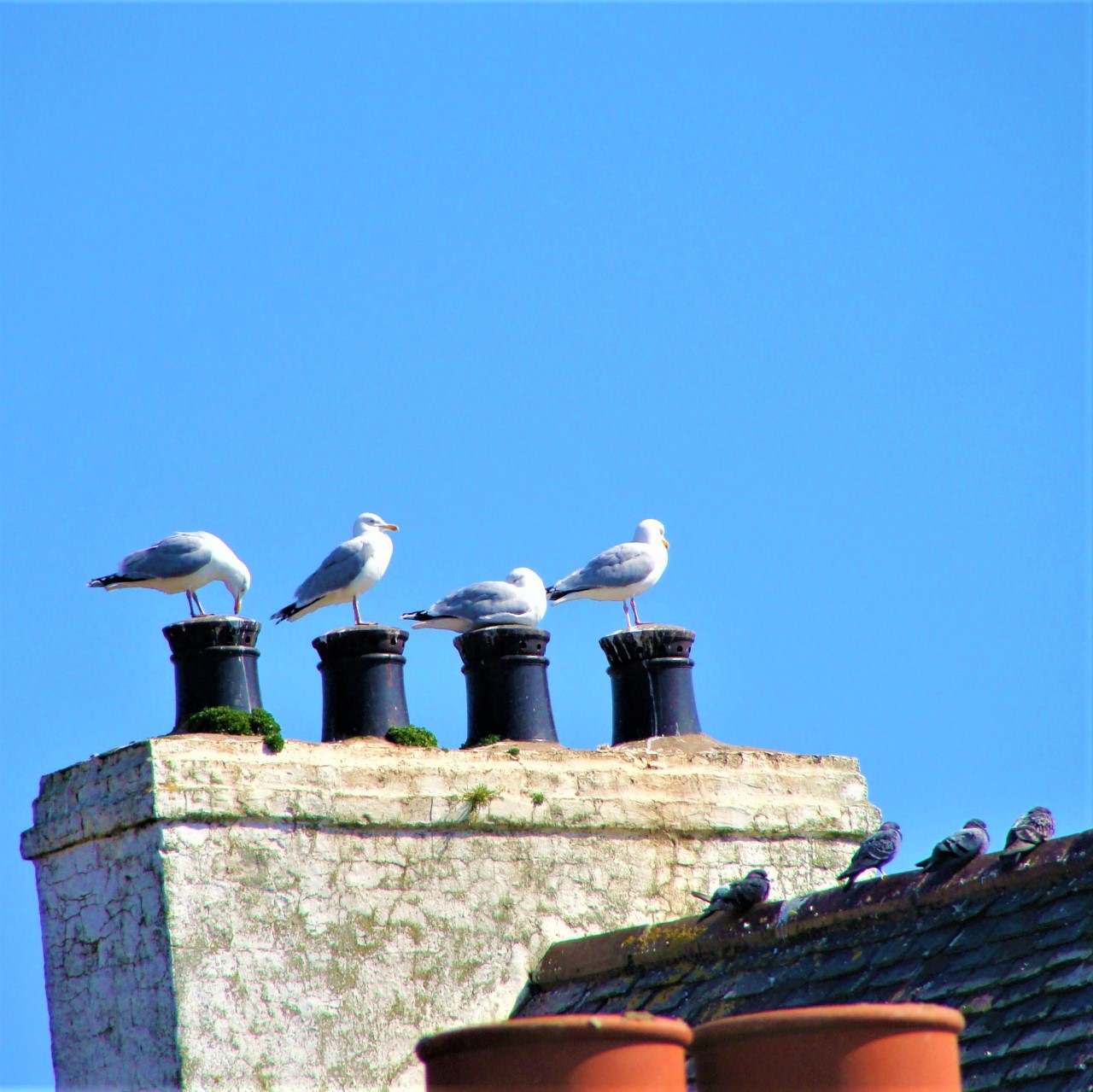