Greenwich is a London Borough situated on the south side of the River Thames. Its riverside location has given Greenwich a rich maritime history. It is home to the Cutty Sark, the world’s last remaining tea clipper. The ship was built in Dumbarton in 1869. It was designed to bring tea back from China. Cutty Sark was an unusual name for a ship. It is actually an old Scottish name for a short nightdress. Cutty meant short or stumpy while sark was the word for nightdress or shirt. It was Jock Willis, the original owner of the ship who chose the name and he may have been inspired by Robbie Burn’s poem Tam O’Shanter in which a witch dressed in only a cutty sark chases a farmer who has been spying on her. The farmer flees upon his horse and the witch, unable to cross water, grabs the horse’s tail as it goes over a bridge. The tail comes off in the witch’s hand and Tam manages to escape. The ship designed by Hercules Linton became famous for its record-breaking passages all around the world. 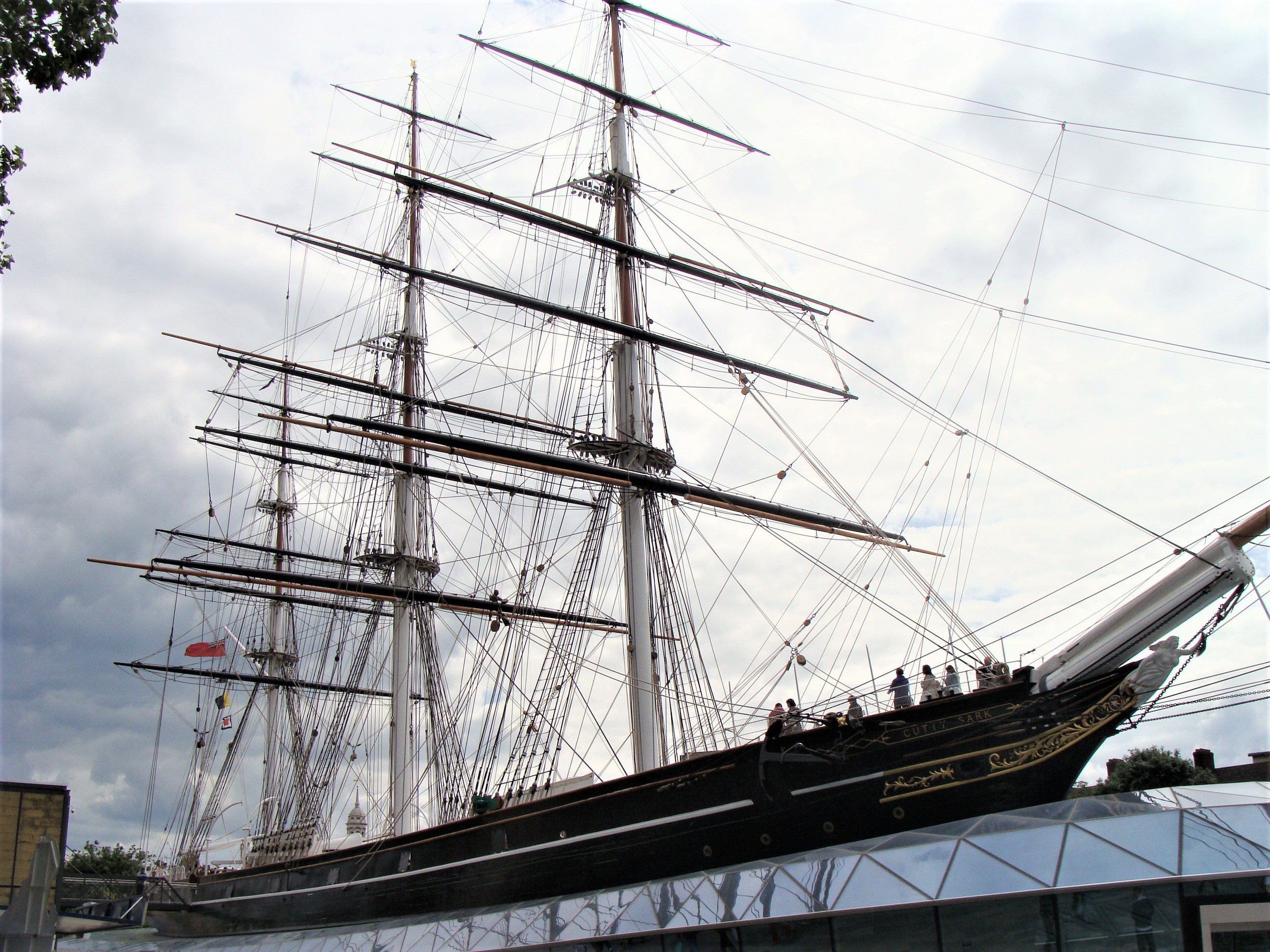 The Cutty Sark has now been restored and is part of a conservation project open to the public. The ship sits in a new dry berth approximately 3m higher than its original position. This extra height means that visitors can see the whole of the ship. The copper clad hull which allowed it to make such good time in its record-breaking journeys is on full view. Surrounded and supported by a metal framed glass construction, the top of which represents the waterline, the ship is beautifully presented to visitors.

Not only is the Cutty Sark good to look at, it is also a museum which means that visitors are able to go onboard to learn all about this ship’s fascinating history. They can admire the beauty of its construction and wonder at the 11 miles of rigging on board. The area around the hull is home to a café where you can treat yourself to some lunch or, perhaps more fittingly, an afternoon tea.

Of course, there is much more to see in Greenwich in addition to the Cutty Sark. Only eight minutes away from the heart of London, Greenwich is a great destination for a day out. In all honesty, you’ll probably need a couple of days to be able to visit all the attractions this London Borough has to offer.

the nation’s links to the sea. One of the items on display is the actual uniform Nelson was wearing when he was fatally wounded at the Battle of Trafalgar. 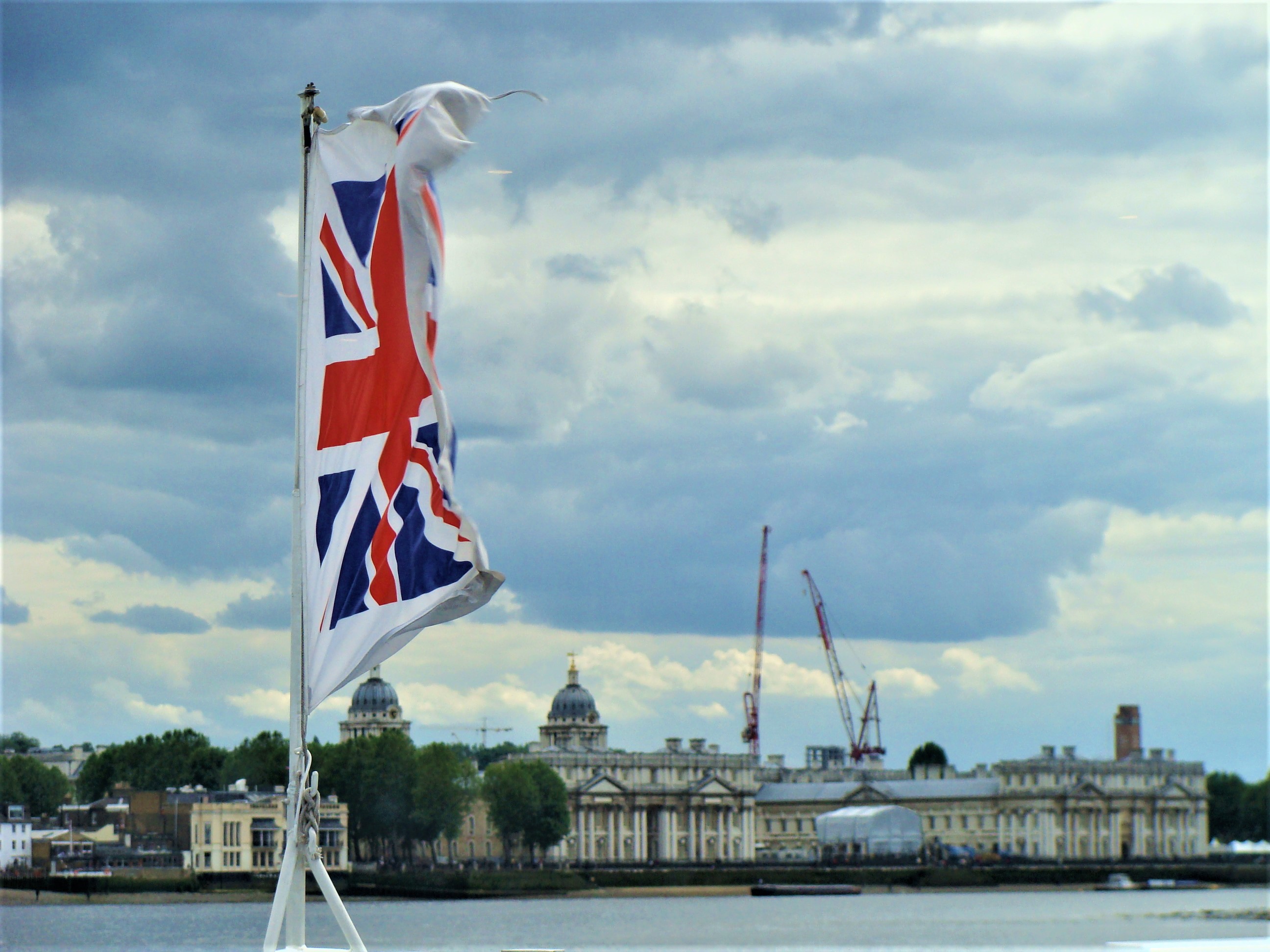 If you prefer to spend your free time outdoors Greenwich has got you covered. Greenwich Park offers stunning views down to the Thames and over the city of London. The city changes and grows all the time with the addition of new skyscrapers, forever changing the skyline which can be viewed in all its glory from Greenwich Park. The Park is a mixture of beautiful gardens and 17th century landscaping.

Popular with parents of young children the Edwardian Garden has beautiful displays of seasonal flowers set amongst wonderfully maintained lawns.

An herb garden offers a somewhat quieter area to spend some time. Here you’ll find a formal arrangement of box hedges with a central fountain and a wide variety of planted herbs.

The Rose Garden is located on the eastern side of the park in the grounds of the Ranger’s House. Enlarged in the 1990’s the original rose garden was planted in 1960-61. The rose garden is at its best in June and July when the mainly tea and floribunda roses are in full bloom.

Finally, the Queen’s Orchard which has its origins in the 1500’s, has a mixture of heritage fruit trees which include cherries, apples, pears, plums, peaches, nectarines, medlar and quince. There are also two ponds to be found in the orchard. 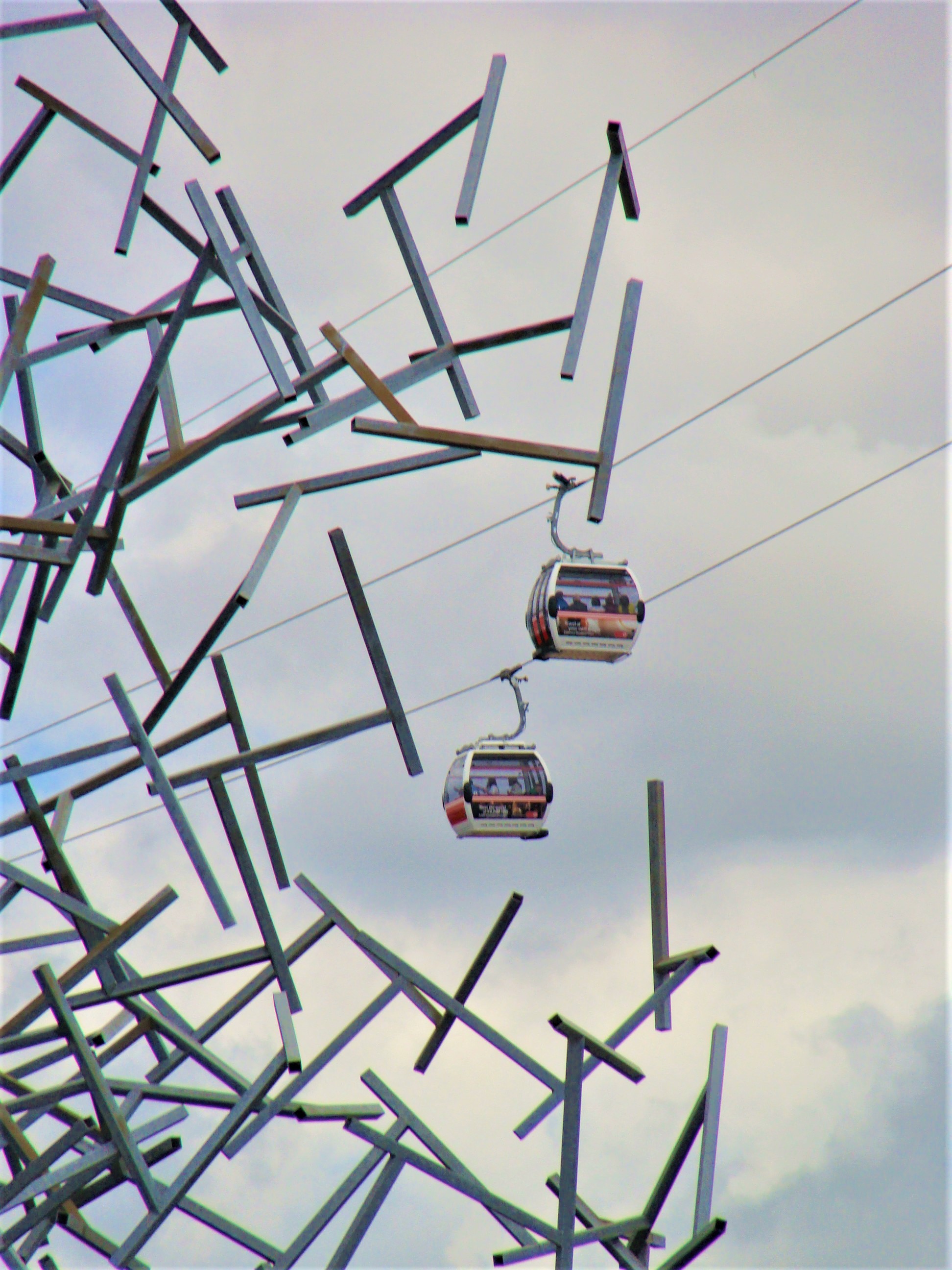 During the reign of Charles II, Europe began to explore the world and trade with other countries. It was realised that to do this astronomy, navigational and mapping skills would need to be improved upon and a way to measure longitude would be essential. To this end Charles II set up a commission to explore how this could be done. Sir Christopher Wren, who we remember now as the architect of St Paul’s Cathedral, was also a former professor of astronomy at Oxford University and he was part of the commission. It was the commission’s opinion that the best way to proceed would be to build an observatory and appoint an astronomer. Interestingly, this would be Britain’s first state-funded scientific institution. Eventually, John Harrison solved the

longitude problem. This meant that travel by sea would become much safer because sailors could plot their exact location.

How to get to Greenwich though? In my opinion, I think it’s definitely fitting to arrive by boat. It’s great to see the city from a different perspective and a wonderful way to see the many different styles of architecture that have been built throughout the years. Greenwich is just 35 minutes from the London Eye by boat, 25 minutes from London Bridge City Pier and 20 minutes from Tower Pier. 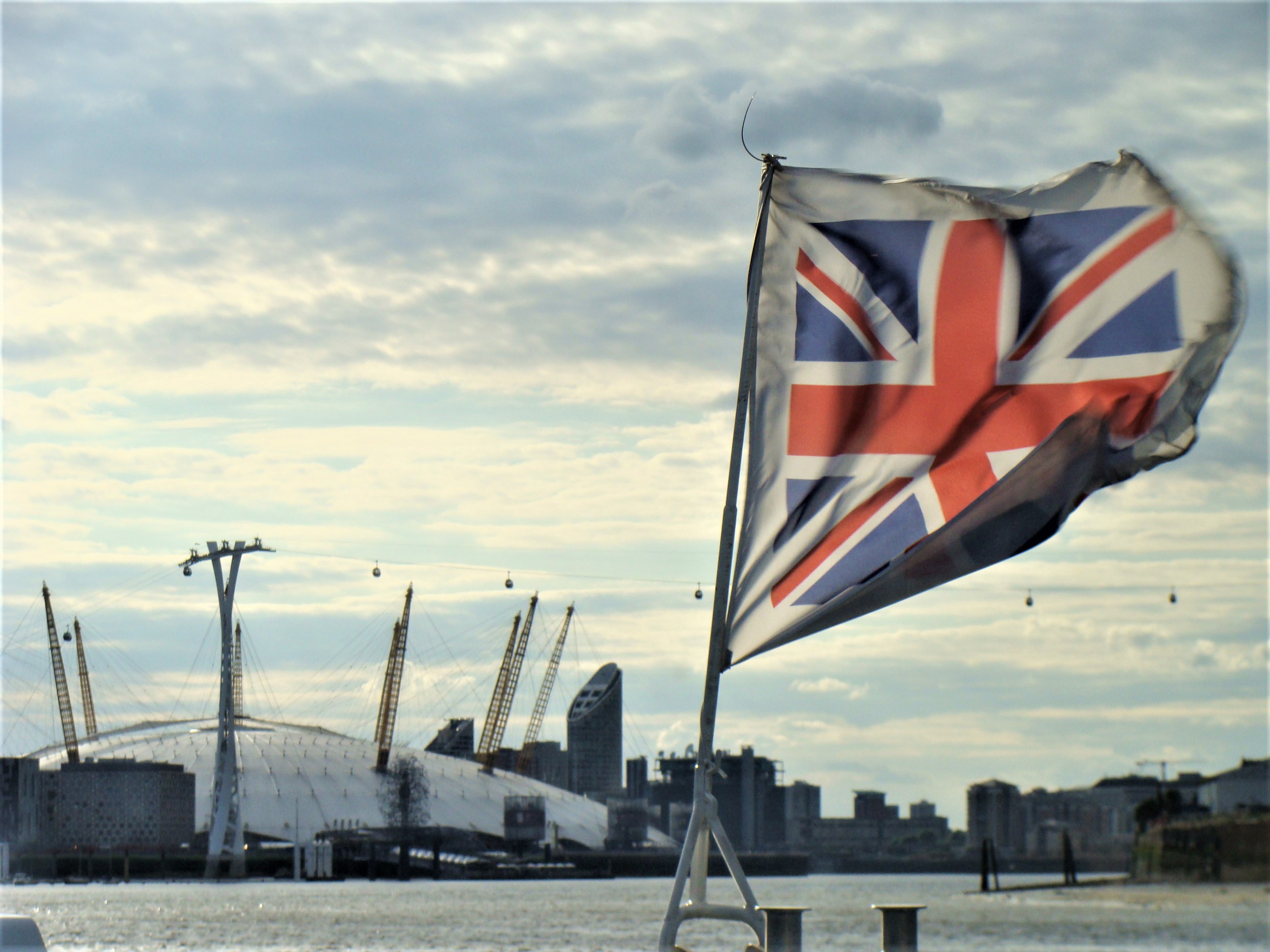 Other attractions in Greenwich include Greenwich Market home to designer makers offering arts and crafts of all descriptions unique to the market. The massive O2 Arena is in Greenwich as is London’s only cable car, the Emirates Air Line Experience. Flights across the river are just ten minutes each way during the day. At night the time is extended so that you can take your time watching the sunset or to see the lights of the city as darkness falls. I have taken the flight twice before and thoroughly enjoyed it both times. Obviously, the cable car takes you up higher (90m) so you see the city from yet another perspective. As I recall the views were quite amazing. You can see Canary Wharf, the Thames Barrier and the Olympic Park at Stratford. It was a wonderful way to experience the city. 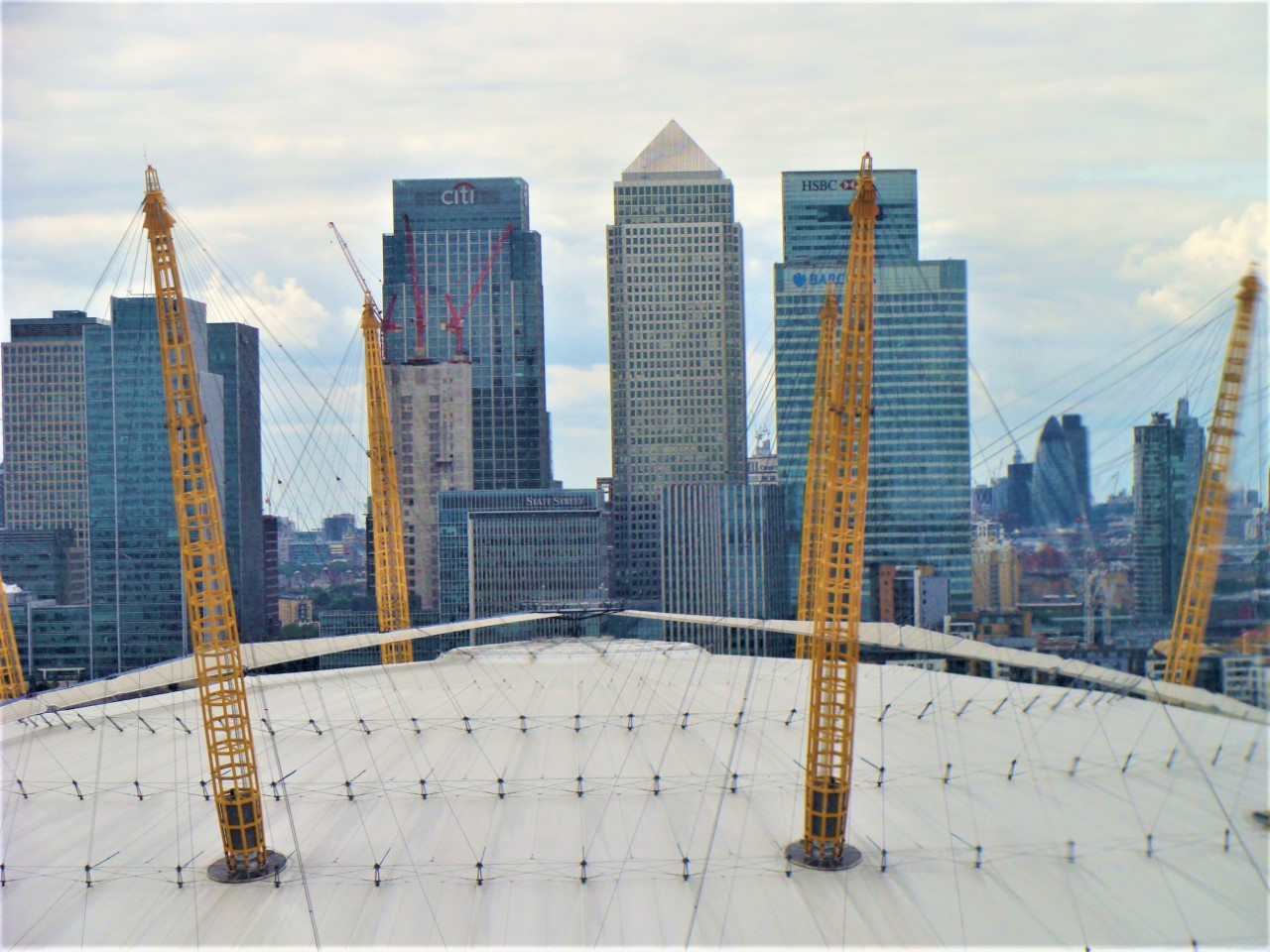