The Harwich International Shanty Festival is going ahead this year! At least that’s the plan. Of course, this will depend heavily on whether the government reduces coronavirus restrictions and the pandemic remains as under control as possible. But plans are in place for the return of this fascinating event which celebrates the town’s long maritime tradition. Taking place on the weekend of the 8th – 10th October this will be the 16th Harwich International Shanty Festival. Under normal circumstances, the festival brings the whole town to life, with singers from all over the world performing in pubs, on boats and in many of the town’s historical buildings. Outside, street theatres and pirates entertain the crowds that gather for the annual festivities! 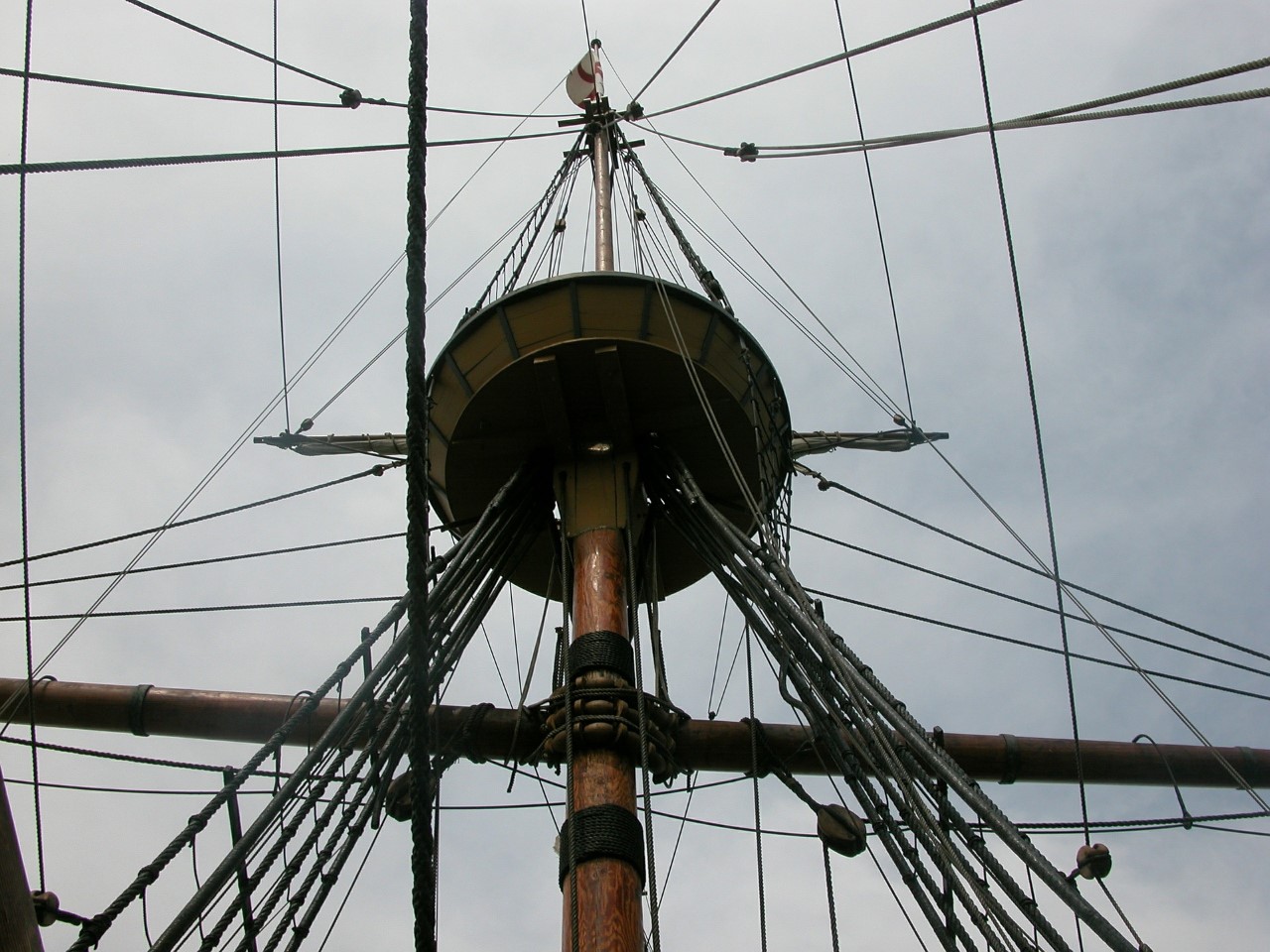 Unfortunately, last year’s events were cancelled due to the pandemic. There had been many events planned throughout the year to mark the 400-year anniversary of the Pilgrim Fathers voyage to the New World. This was to be a very special year for all the towns associated with the voyage of the Pilgrim Fathers but especially for Harwich as this was the birthplace of Christopher Jones, the Mayflower’s Captain and also the port where the Mayflower was built. Born in 1570, Jones came from a seafaring family. At one point he traded wine shipping it in from France, Spain, Portugal and the Canaries. He married twice while living in Harwich and became both well-known and well regarded in the town. His first wife, Sara Twitt, sadly passed away in 1603 at the age of 27. Jones, with his second wife Josian Gray, moved with their children to Rotherhithe, London, in 1611.

It was in July 1620 that Jones captained the Mayflower, leaving Rotherhithe with about 65 passengers and heading to Southampton to meet up with a second ship, the Speedwell. The plan was that both ships would sail to the New World together. This did not happen. The Speedwell which brought Separatists from Leiden in Holland developed problems that meant that it could not carry on with the journey. Jones took the passengers from both ships who wished to continue. He now had 102 passengers on board and had no companionship with which to complete the crossing. Departing Plymouth on 6th September 1620, they arrived in the New World on 11th November, 66 days later. It was a rough crossing and the conditions of the American winter were difficult. In addition to this, contagious diseases saw some of Jones’ crew lose their lives as did nearly half of the passengers. Jones returned to London in May 1621 but died in 1622, the trials of the trans-Atlantic journeys had taken their toll.

The reason I’ve included this short reflection on Christopher Jones’ life is to highlight the importance of Harwich in maritime history. It’s interesting to note that the homes of Christopher Jones and his first wife, Sara Twitt are still in existence in Kings Street and are now visitor attractions. 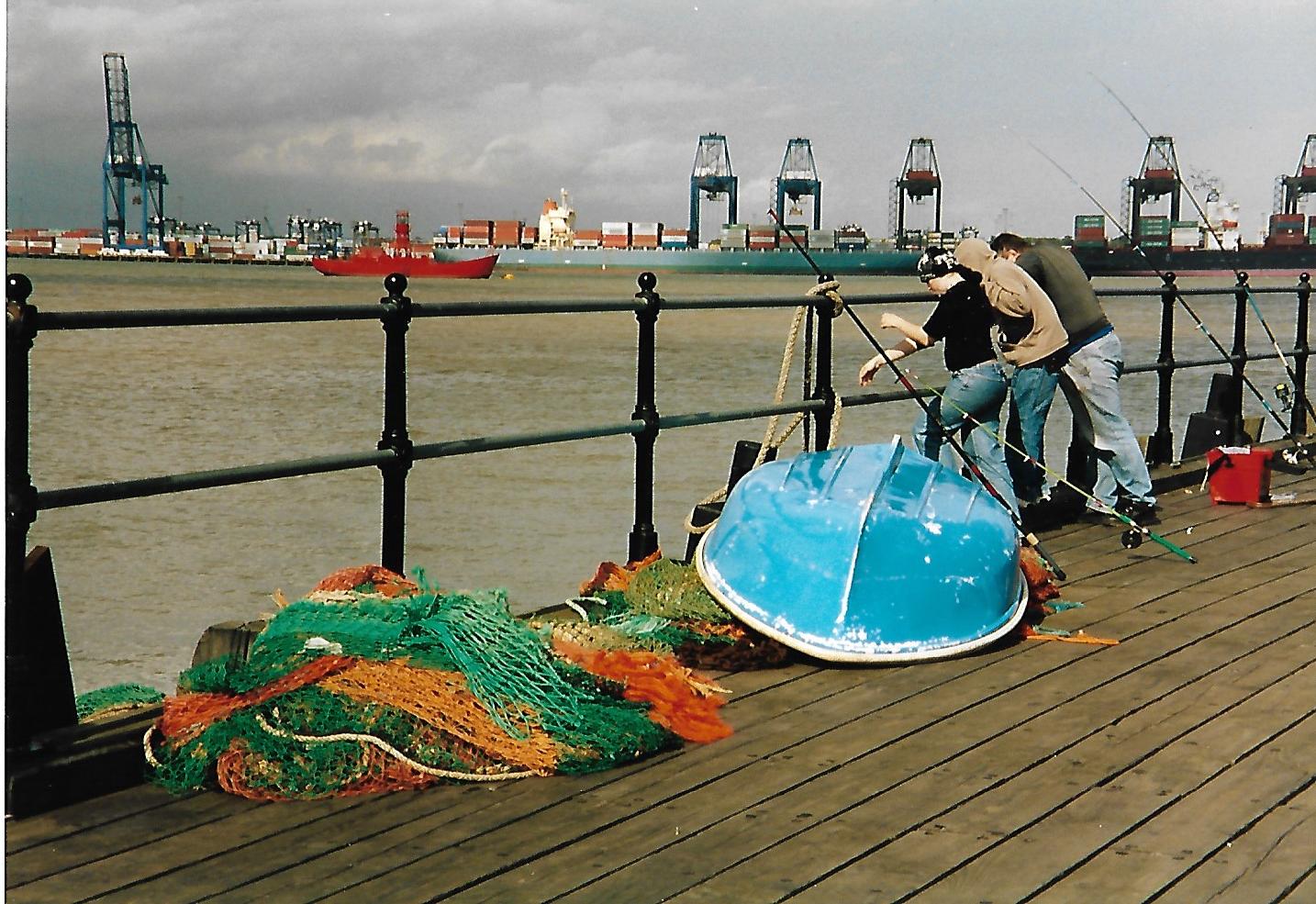 The whole of the older part of Harwich, mainly the port area, is designated a conservation area due to its architectural heritage. The overall layout with main thoroughfares and connecting alleyways have their origins in the medieval period. One distinct house, also on King Street is unique in the town and an example of a sailmakers house, built in the 1600s when Christopher Jones was also living there. The distinctive Guildhall built-in 1769 is Harwich’s only Grade I listed building.

On the quayside, the grand buildings of the Pier Hotel and the Great Eastern Hotel represent an era made prosperous by the coming of the railway, and with it, Victorian travellers. The Great Eastern Hotel would later become Harwich Town Hall and Magistrates Court, later changing again, into individual apartments.

Other interesting sights include the High Lighthouse (1818) and the Treadwheel Crane. The Treadwheel Crane is aptly named for it was powered by two men walking inside the wheels. Built-in Harwich in 1667 the design is believed to have its origins in 25 BC, Roman times. With no brakes fitted this would have been a very dangerous way to earn a living. Perhaps this is one of the reasons that by the end of the 17th Century the power was supplied by donkeys. The crane was moved to its present position on Harwich Green in 1932. It is possible to visit the building by prior arrangement with the Harwich Society.

Harwich Redoubt Fort is another building of historical interest. It was built in 1803 and was part of the Martello Tower chain of defences to guard against the possibility of a Napoleonic invasion. The moated, circular fort, positioned on a natural hill is an impressive sight. Measuring 180ft (60m) in diameter, ten guns sit in place on the battlements. Below the guns, eighteen placements were designed to house 300 troops, stores and food should they face a siege situation.

The fort is open to visitors for a small charge and is now a military museum with a fine collection of large guns and military uniforms. Amazingly, it was restored by the Harwich Society as a voluntary project and today various events are held there including battle re-enactments.

The focal point of Harwich has got to be the waterfront. Here you’ll find the Ha’penny Pier which is an eye-catching building built in 1852-53. It’s now half the size of the original pier due to a devastating fire in 1927. There is an information centre with all the facts regarding the voyage of the Pilgrim Fathers and free guided tours of the town start here too.

The pier is a lovely spot to pass some time. Children are happy to take part in the seaside tradition of crabbing, dangling long lines into the water below. There are amazing views of the port of Felixstowe. The huge cranes are clearly visible as are the massive container ships that use the port. Cruise ships that use Harwich International Cruise Terminal are also a regular sight. There is also a foot ferry operating between Harwich, Shotley (a beautiful spot in Suffolk) and Felixstowe during the summer months. Refreshments are available on the pier so it’s easy to spend the day in this lovely location.

If you have young children perhaps, you’ll enjoy the fine sandy beaches of Dovercourt located just 1.6 miles from Harwich. The small seaside town is in fact older than Harwich and is mentioned in the Domesday Book of 1086. With beach huts, blue flag sandy beaches and views that take in the tower on the Naze at Walton, it’s the perfect spot for a day on the beach. Points of interest have to include two lighthouses of quite distinctive appearance. They are what’s called cast iron screw-pile lighthouses. They were erected in 1863 by Trinity Hose and were in use until 1917. In 1975 both lighthouses were designated as a scheduled monument. Sadly, even though they were restored in the 1980s, they were placed on Historic England’s Heritage at Risk Register in 2019. Regardless of this, they are still an interesting feature in the landscape, or perhaps that should be a seascape?