Howth is a small fishing village and outer suburb of Dublin situated on the north end of Dublin Bay. Located on the Howth Peninsula it is well served by public transport making it an ideal destination whilst staying in Dublin. The Dublin Area Rapid Transport system, or DART, as it is known across Ireland, is a commuter rail network serving Dublin city centre and eastern coastal towns including Howth, Malahide and Greystones. It only takes around half an hour to get to Howth from Dublin on the DART.

For many visitors to Ireland, their first view of Howth may be an aerial one as planes landing at Dublin airport often fly over the peninsula. Of course, its proximity to Dublin makes Howth an extremely popular weekend destination for the capital’s inhabitants. The main attractions have to be the pretty working harbour area, the colourful town centre and beautiful local scenery.

The harbour attracts not only tourists and visitors from the rest of Ireland but an abundance of wildlife. Seals are common place in the harbour as they follow the fishing boats looking for scraps of fish thrown overboard. The headland is home to all manner of birdlife including puffins, gannets, gulls and curlews so birdwatchers will not be disappointed. I remember the gulls in particular were quite gallous down in the harbour, squabbling over scraps and making a hell of a noise. But it’s the sort of noise that will bring back happy memories of childhood visits to the seaside. 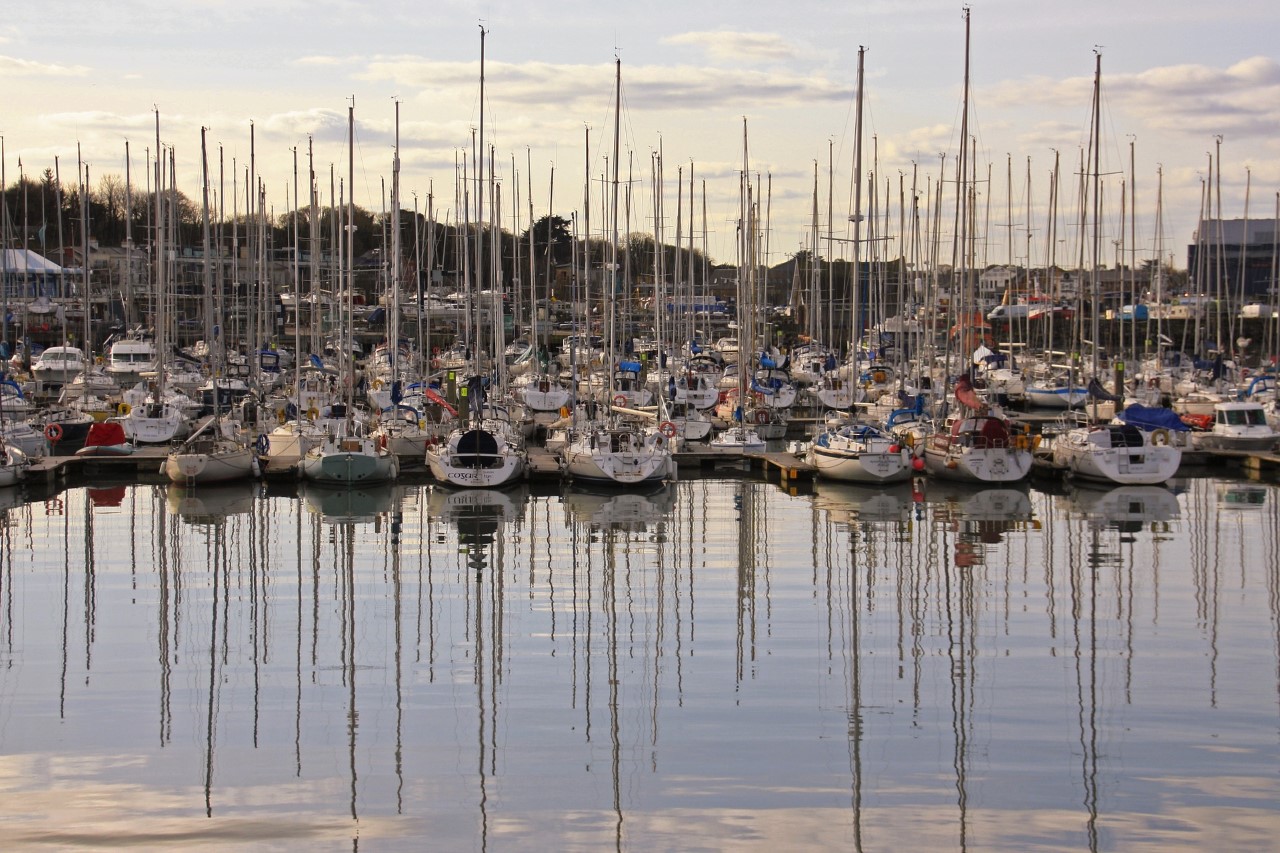 Being a working harbour has ensured that Howth has remained a mixed community. Its closeness to the capital, beautiful scenery, together with wonderful flora and fauna have attracted many well-off newcomers including a healthy spattering of rock stars!

To get away from it all and enjoy the natural environment why not head for a hike along the coast? A paved road along by the sea will take you to the cliffs where trails lead you to the other side of the peninsula and on to the top of Howth summit. The walk is quite hilly but the panoramic views of Dublin Bay are spectacular. To complete the hike in a loop takes around two hours and conveniently the starting point is at Howth train station.

Howth has two lighthouses. Situated in the harbour at the end of the pier is Howth lighthouse. Built during the Napoleonic period the lighthouse served two purposes. One was to guide vessels to safety and the other was for defence purposes. The lighthouse still stands guard over the harbour and is the picturesque subject of many a photograph. 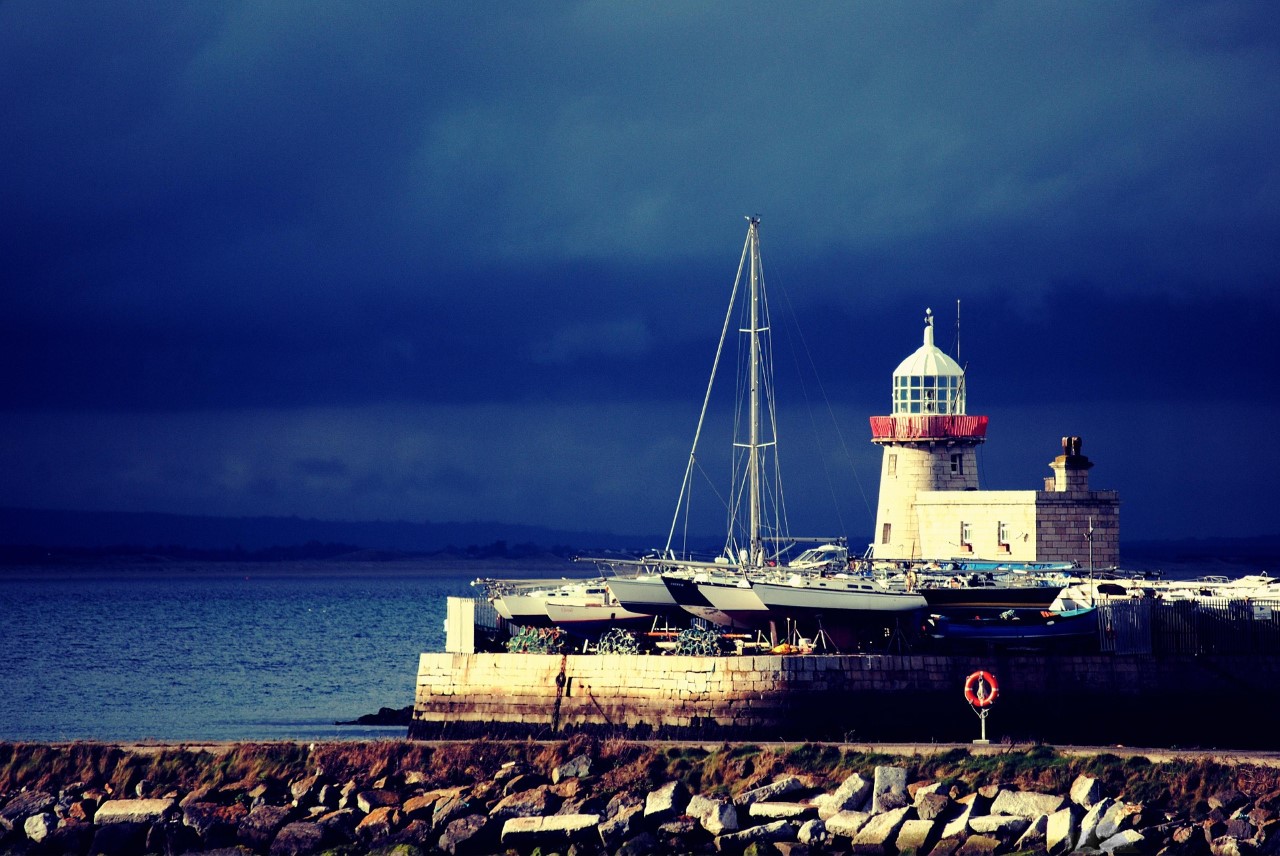 Howth has a beautiful sandy beach, which is long, meaning there is plenty of room for everyone and it is rarely crowded. This makes it the ideal spot for a traditional family day on the beach. Kite flying, building sandcastles, ball games and looking for seashells, what more could you want?

Not far from the train station you’ll find the entrance to Howth Castle. Although a private residence it is accepted that members of the public may enter the grounds to wander the beautiful gardens. Howth Castle is home to Ireland’s most famous Rhododendron gardens. Planting began here in 1854, making the Rhododendrons some of the earliest to be planted in Ireland. There are thought to be over 200 different species of Rhododendrons in the garden, so well worth a visit during the months of April and May when the plants are in full bloom and provide a stunning display of colour. There are also guided tours available at the Castle which need to be booked in advance. The castle is home to a cookery school, The Kitchen in the Castle, which hosts half day and evening classes. 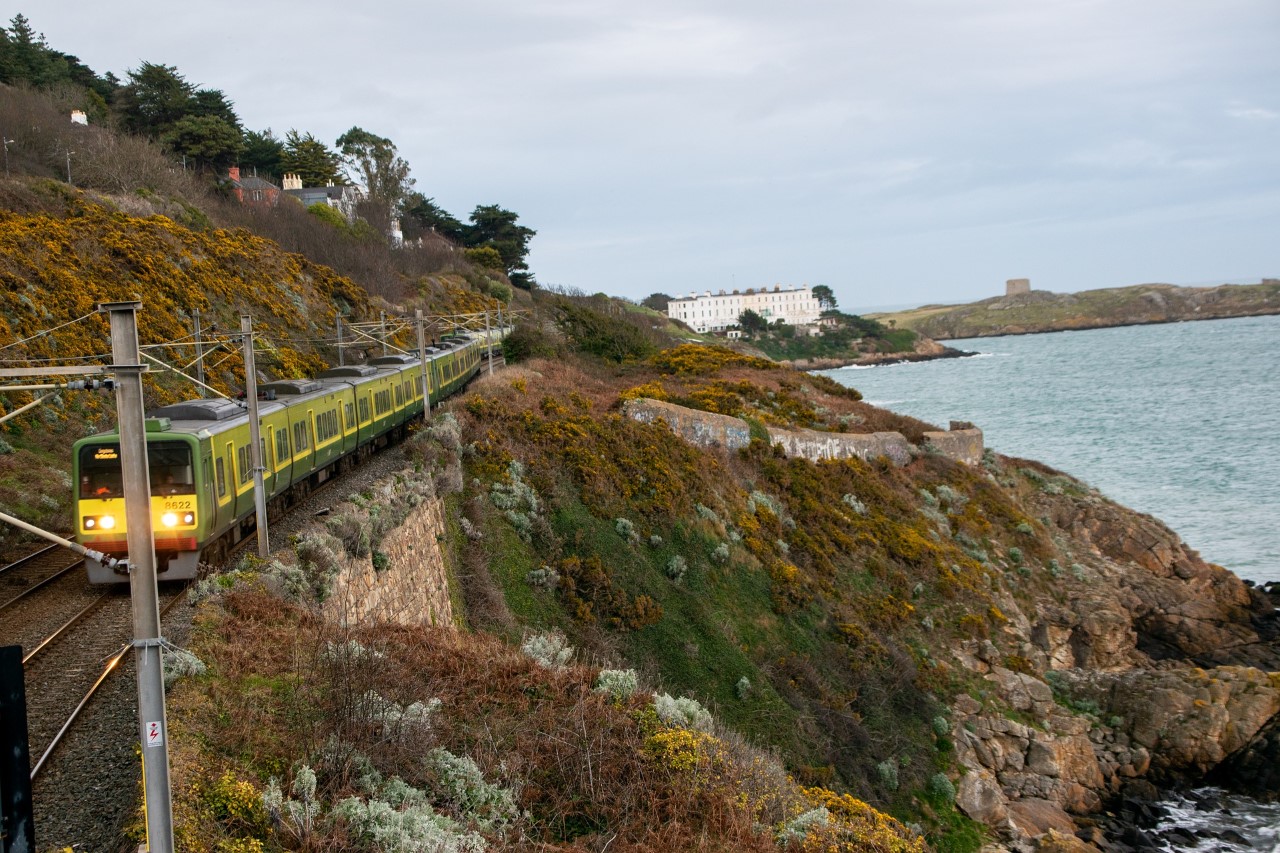 Another must see at the castle is the cromlech or dolmen. There are six similar portal dolmens in the Dublin area. Thought to have been built between 2500 and 2000 BC, the dimensions of this piece of ancient building are astonishing. The capstone weighs in at 70 tons, is 17ft long, 12ft wide and 6ft thick! Originally this hefty stone was supported by eight other stones and would have been the ceiling of the chamber below. The completed structure would have stood at an impressive 12 ft tall!

At present, every weekend from Friday to Sunday, there is a Food Fare at the castle in the beautiful walled garden. Vendors are providing gourmet street food between 10am and 6pm. Using the freshest of ingredients and catering for all tastes, there will be something for everyone.

To make the most of the wildlife of the area it’s worth considering a trip out to Ireland’s Eye. Ireland’s Eye is a small island that is home to a large variety of seabirds. Thousands of guillemots, razorbills, fulmars and gulls nest here. The Stack is a spectacular rock formation at the north eastern corner of the island where many of the birds nest. The island has been relatively untouched by man over the years and there are only two manmade structures on the island. The first to be built was a church in 700AD, now in ruins and the second was a Martello Tower built in 1803. Nature has therefore remained undisturbed by man. There are lots of seals to be seen in the sea and hauled out on to some of the beaches on the island. The island also affords spectacular views across to the cliffs on the mainland.

Howth is a great place to visit with some world-renowned sea food restaurants, markets selling local produce and lots of independent local businesses. On weekends and Bank Holidays there are Irish crafts, handmade jewellery, antiques and produce from organic food producers available at Howth Market. The picturesque harbour is the ideal place for a stroll. Watching the comings and goings of fishing and pleasure boats alike and indulging in some fresh caught seafood or an ice cream are most pleasurable ways of passing an afternoon in this lovely seaside village.