St Andrews the Home of Golf and so Much More

The town of St Andrews is situated on Scotland’s east coast in the county of Fife. This picturesque town has some wonderful medieval architecture and is famous worldwide for its seven champion golf courses.

The area around St Andrews has been inhabited since the middle stone age but the town itself did not come in to existence until the 8th century. It was at this time that Pictish King Oengus established a monastery there. St Andrew was the patron saint of the Picts and the monastery which honoured St Andrew was also said to house sacred relics of the saint himself. St Andrew would later become the patron saint of all Scotland and the town that grew up around the monastery eventually became known as St Andrews.

An important event took place in 906 when the Bishop of Alba transferred his seat from Dunkeld to St Andrews. In 1106 work began on St Andrews Cathedral which would become the largest church and headquarters of the medieval church in Scotland. Its importance attracted many pilgrims from far and wide with many coming from as far away as Europe. The significance of the Cathedral was huge, bringing economic and political influence to the town. Later, as a result of the Scottish Reformation in the mid-16th century St Andrews influence began to decline. It was no longer the ecclesiastical capital of Scotland. This decline continued in to the 18th century when it experienced a change of fortune thanks to the game of golf! In 1754 the Royal and Ancient Golf Club was founded. Some people believe that golf was being played here as far back as the 15th century. St Andrews’ seven world quality golf courses along with the Royal and Ancient Golf Club, which is considered to be the most significant golfing authority in the world, have ensured the towns status as the “Home of Golf.” 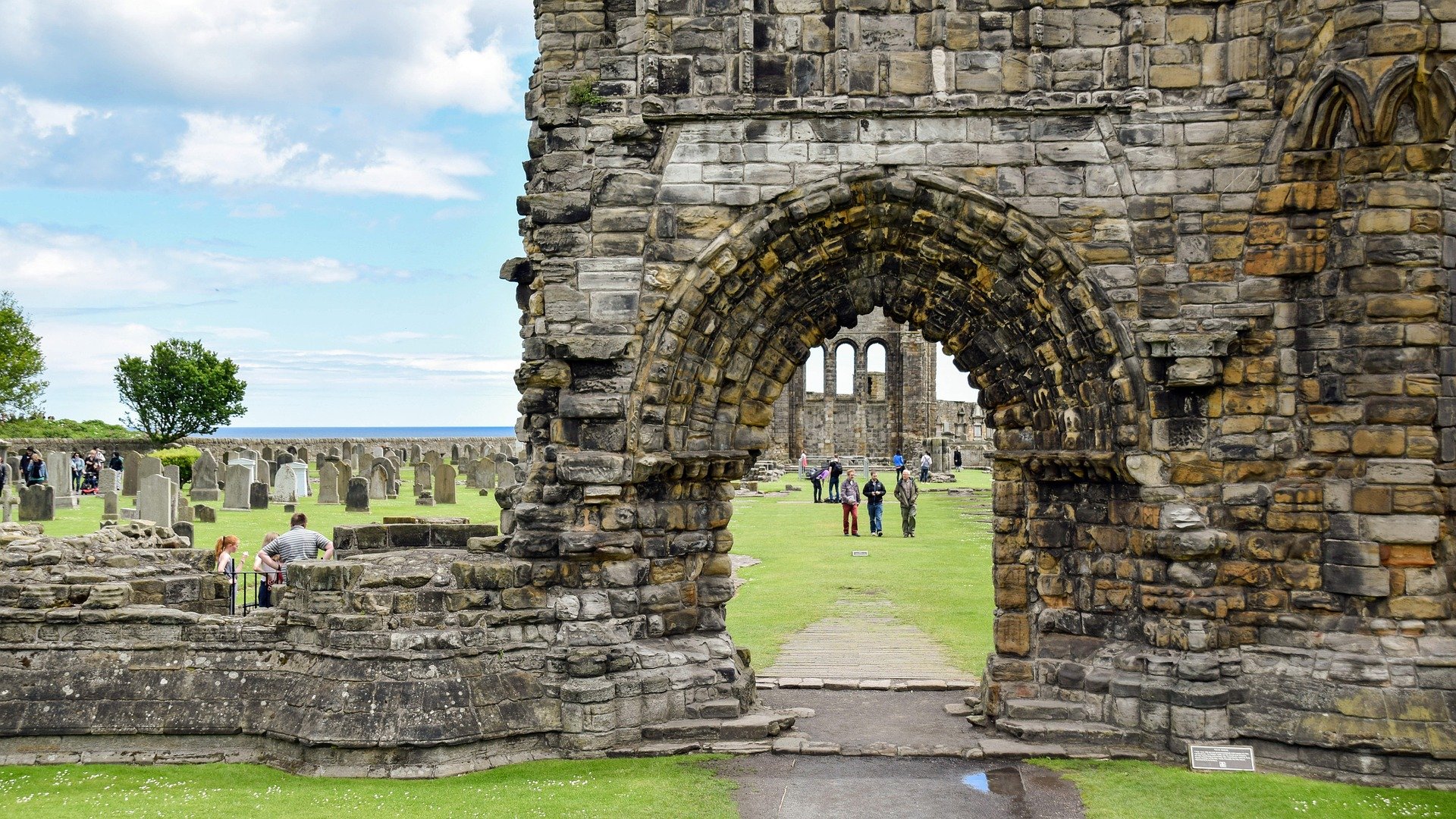 Today the ruins of St Andrews Cathedral are a wonderful sight to see. They stand on cliffs overlooking a stretch of beach called Castle Sands. The roof is gone and any stained-glass windows that would have brightened the interior are long gone but enough remains to indicate the scale of the building and how impressive it must have been when it was at its prime. As well as the Cathedral ruins there are examples of medieval sculpture and relics on view in the cathedral museum. Entry to the ruins and surrounding graveyard are free. There is a fee to entre the museum but this also gives you access to St Rule’s Tower where the views are just breath-taking. From the tower you’ll be able to see the ruins of the Cathedral below you and beyond, the town itself. Looking eastward there are views of the harbour. Amazingly you can also see the famous golf courses, the River Eden Estuary, the remnants of RAF Leuchars, the city of Dundee and in really good conditions Arbroath some 17 miles away. 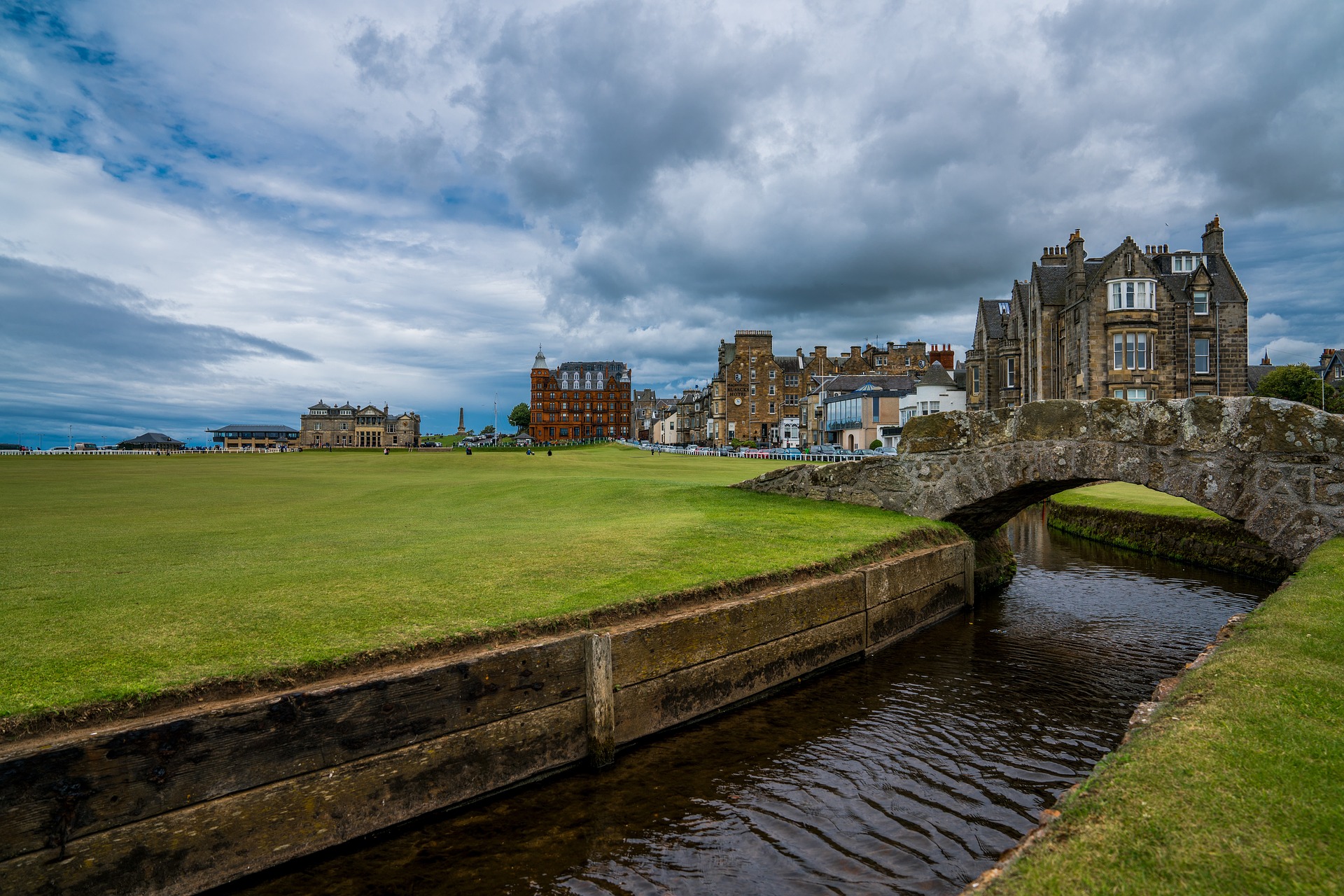 St Andrews also has its own castle built as the official residence of the bishops and later archbishops of the Cathedral. Work began on the castle in 1189. The scale of the castle indicates the wealth and importance of its inhabitants. Now a ruin, the castle along with a shop and visitor centre are open to the public.

There are other examples of extraordinarily beautiful architecture that you can see in the town including Blackfriars Chapel built in the 1520’s which now stands isolated in a busy shopping street. The best-preserved city gate in Scotland is also to be found in St Andrews. Built more as a symbol of civic pride than as a defensive structure it is every bit as impressive today as it must have been then.

In addition to the amazing architecture to be found in St Andrews there are lots of other attractions for those visiting the town. There are some really lovely boutiques, art galleries and independent shops along with some fine restaurants. Whenever we visited St Andrews, it was a family tradition to visit one of the wonderful ice cream parlours in the town. I remember one family member being particularly impressed to find liquorice ice cream on the menu! Personally, I’ll stick with Scottish tablet! 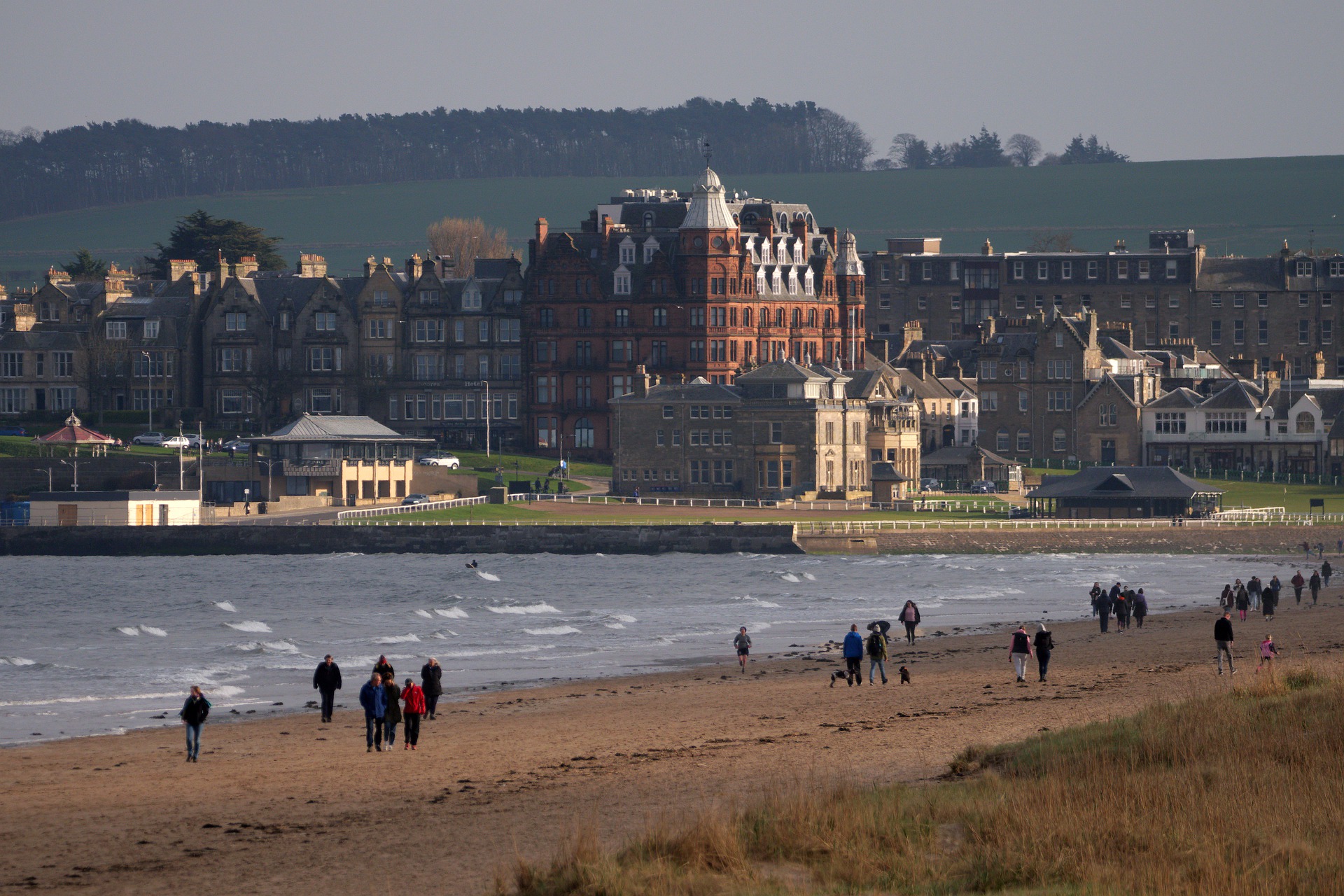 For visitors who prefer to spend more time in the open air, I’m guessing that after Coronavirus that’s probably most of us, there is plenty to see and do at St Andrews. Chariots of Fire was a hit film made in 1981. The iconic opening scenes were filmed on West Sands St Andrews. About 15 minutes’ walk from the town centre this beautiful sandy beach stretches for almost 2 miles. Popular with runners, walkers and swimmers the beach has a zoning system to keep everybody safe whilst also allowing activities such as sand yachting, kayaking, paddle boarding and surfing. With restaurants and shops nearby it’s the ideal location for high adrenalin beach activities. Reassuringly, lifeguards patrol the beach during peak season. 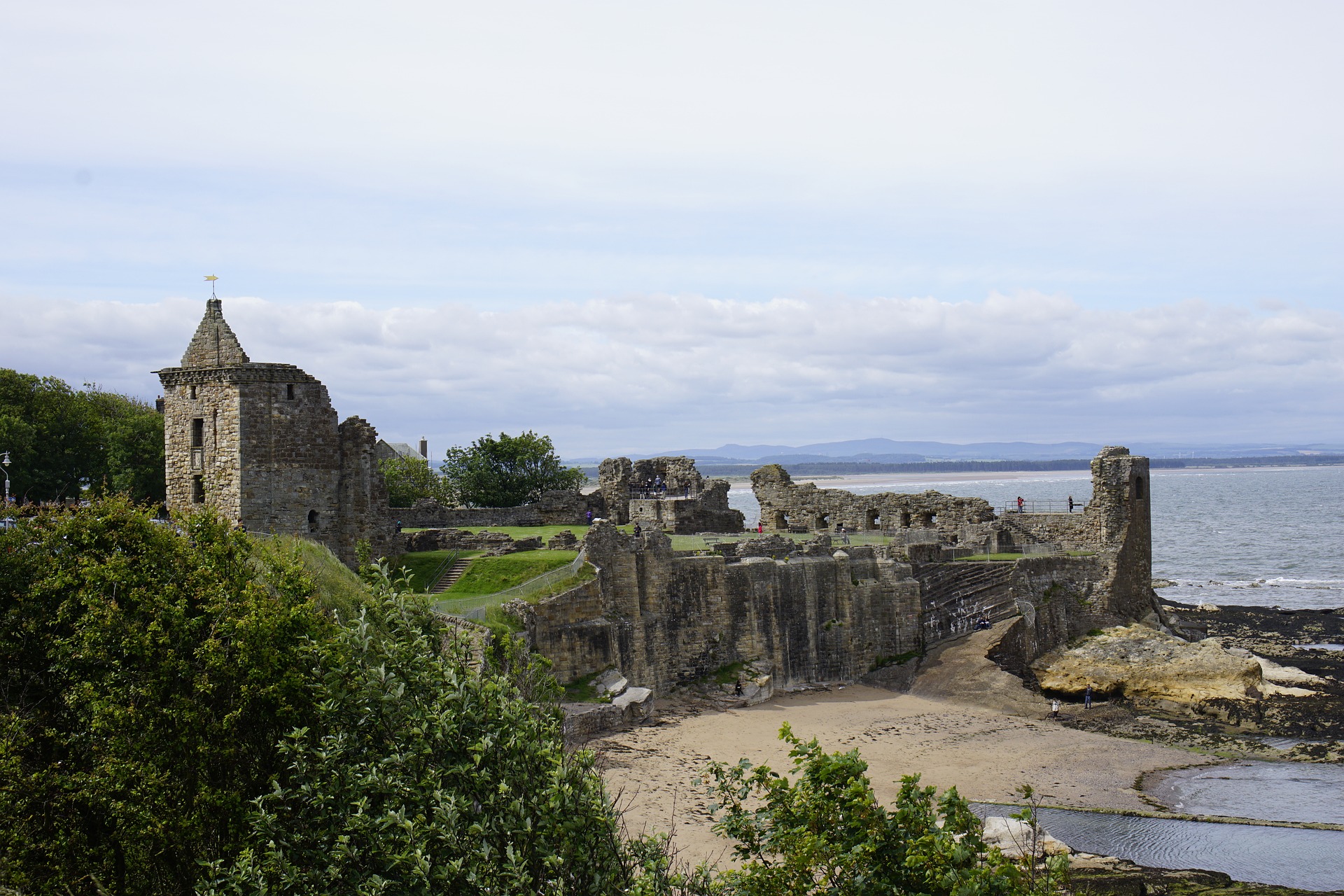 Accessible from West Sands is the Eden Estuary Nature Reserve which is run by the Fife Coast and Countryside Trust. Here important work monitoring and conserving wildlife in the area takes place. Sand flats and intertidal mudflats make up the major part of the terrain in this huge reserve where wildlife is abundant thanks to the number of small plants and animals that it supports. The variety of birdlife and number of birds supported is amazing. Species you’re likely to encounter include redshank, shelduck, redshank, grey plover and the beautiful red-breasted merganser. As well as bird life you could also see dolphins, common seals and otters. 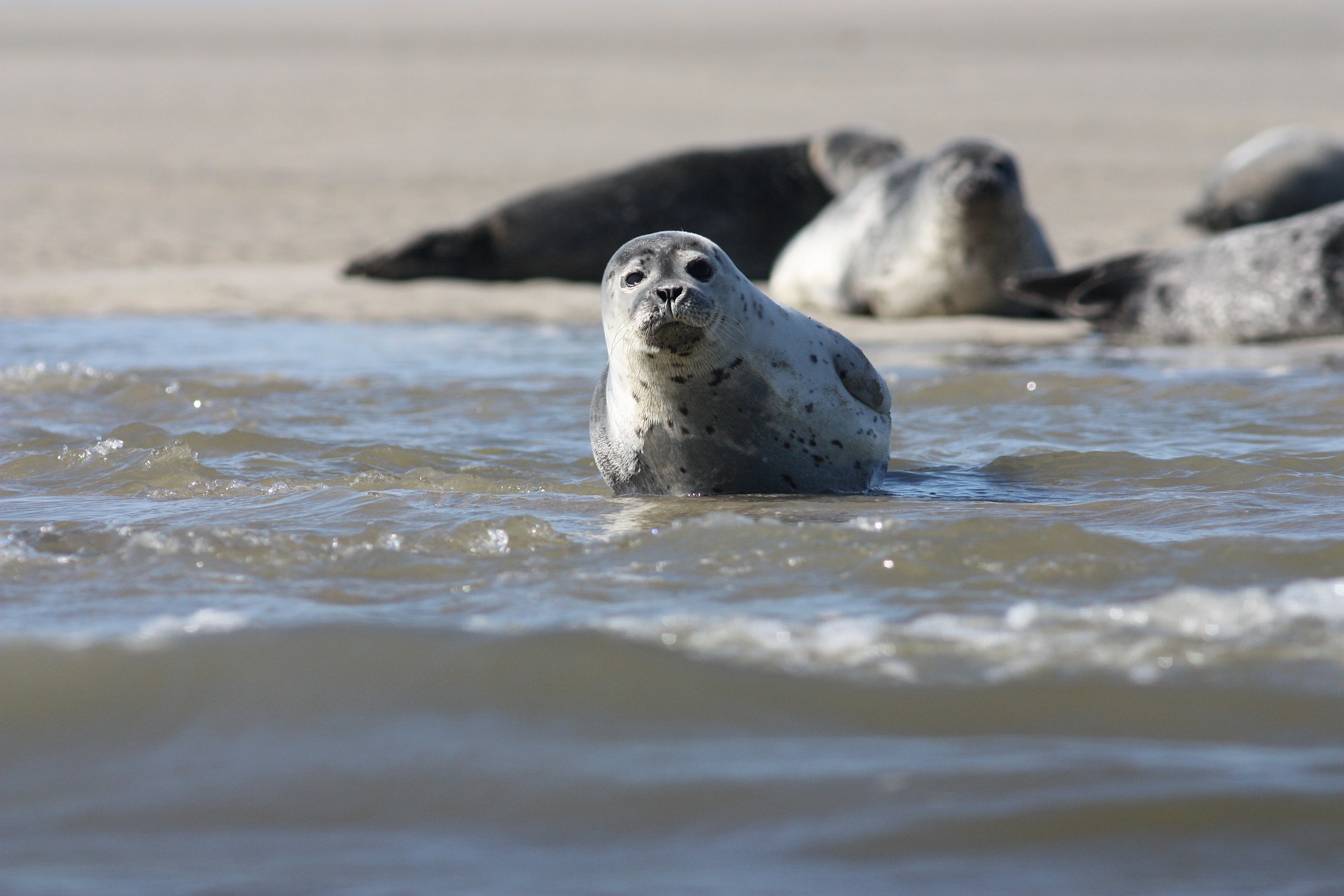 St Andrews is home to the oldest University in Scotland and is the third oldest in the English-speaking world after Oxford and Cambridge. The Duke and Duchess of Cambridge are two of its most famous alumni. The University was founded between 1410 and 1413. Its architecture is a mixture of styles which meld together beautifully.

To summarise I would say that St Andrews is a lovely place to visit, quite beautiful to look at with an array of activities to keep everybody happy. There are lovely independent shops and restaurants to explore, beautiful beaches and an abundance of wildlife. It’s a place we’ve visited several times before that we would be more than happy to return to.