Glencoe has got to be one of the most dramatic and atmospheric landscapes in Scotland. It’s definitely the most famous of all the glens. Formed by the volcanic eruptions of a super volcano millions of years ago the land was then carved by huge glaciers during the last Ice Age. The result is the landscape we see today, a deep gorge overlooked by towering mountains. The A82 is the road that takes you through this amazing scenery. Along the way you’ll see waterfalls formed by the rain running off the mountains and the occasional piper in highland dress entertaining coach loads of tourists. There are stopping places through the glen where it’s possible to stop to photograph the scenery but it’s tricky at times if it’s busy.

We have been fortunate enough to drive through Glencoe many times and I can honestly say that each time was different. The effect of the seasons and the weather conditions each time directly affect the appearance of the landscape. It can be stunningly beautiful on a warm summer’s day, gloomy and moody in a light mist or rain and maybe a little frightening as it gets dark and storm clouds gather, but always different. As the journey continues it begins to feel as if there is a spectacular view at every turn in the road. No wonder it has featured as a dramatic backdrop in blockbuster films such as Harry Potter, The 39 Steps, Braveheart, Rob Roy, Outlaw King and James Bond’s Skyfall!

The Glencoe National Nature Reserve covers an area of 5,665 hectares and is maintained by the National Trust for Scotland. Their work since 1935 has helped to maintain the glen in its natural state, looking after the wildlife and biodiversity of the region. They have a newly refurbished, award winning, eco-friendly Visitor Centre which is well worth a visit. There is a cinema space showing a short film about the area and the Trust’s work within it, and also an exhibition “Pioneers of the Peaks,” which highlights the pioneering men and women who have climbed the mountains of Glencoe throughout the last century.

There is also a shop, a café and a 3D map which has loads of information about what to do and what to look for regarding wildlife in Glencoe. A new feature being planned for the visitor centre is the reconstruction of a 17th century turf and creel house. Traditional materials and building methods will be used based on archaeological findings in the glen to accurately construct the type of dwelling the McDonald clan would have inhabited. 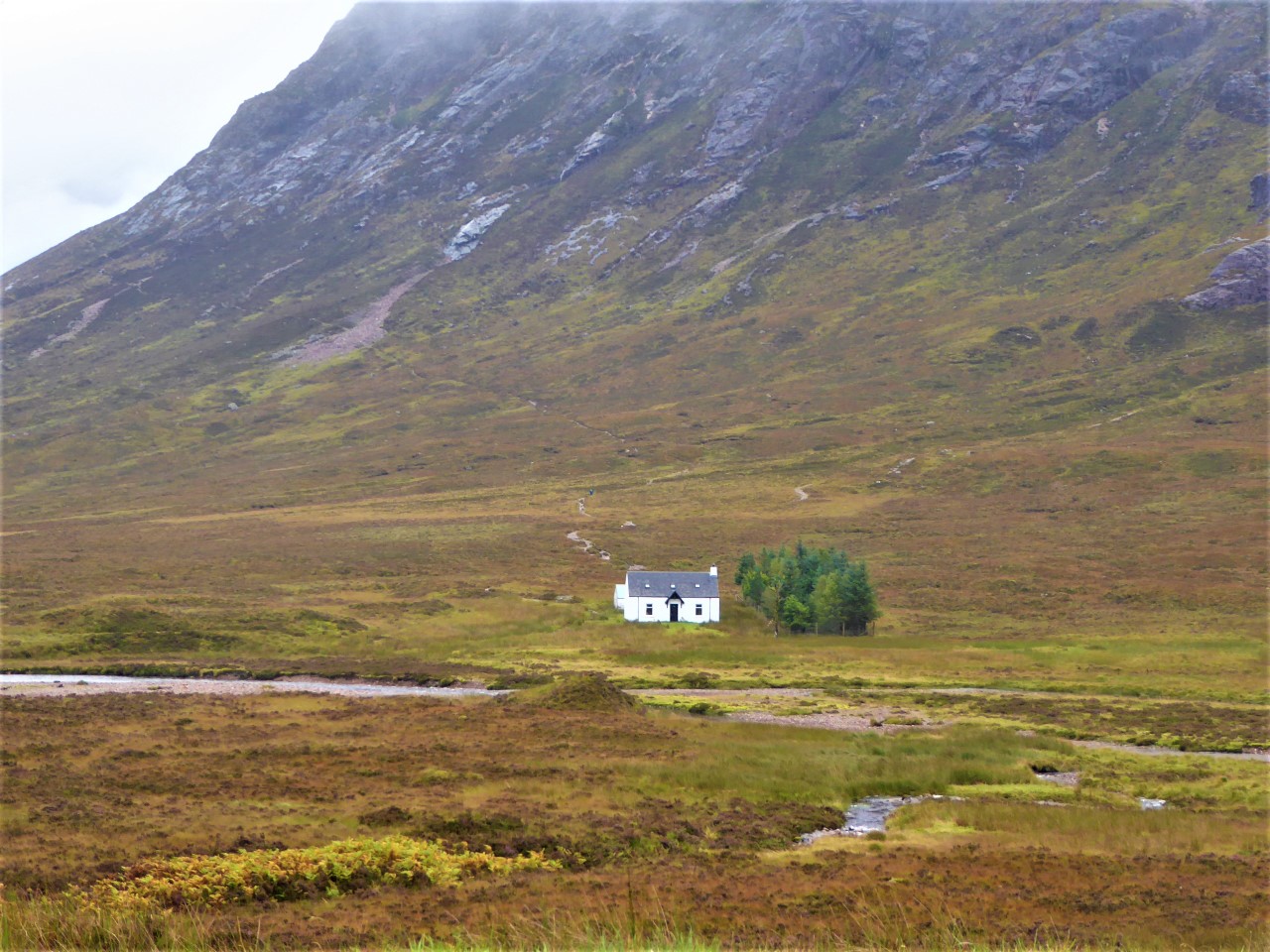 Glencoe is famous for its natural beauty and for the massacre of the McDonalds, or the Massacre of Glencoe. Thirty-eight people were killed on 13th February 1692. The massacre became infamous, not so much for the number killed but for the way in which the massacre was carried out. In 1691, King William the Third realised there was a resurgence of the Jacobite cause and wishing to quell the situation, ordered that all clan chiefs should sign an oath of allegiance by 1st January 1692. Maclain of Glencoe found himself in a position where he could not sign the oath by the 1st January deadline, although he had signed it by 6th January. Maclain believed his signature had been accepted but the King decided to punish him. Campbell of Glenlyon and a group of one hundred and twenty-eight soldiers were billeted to stay with the McDonalds for twelve days. In the early hours of 13th February, the soldiers turned on their hosts. Those that were not murdered escaped into the snow-covered hills. It is believed that the majority of the soldiers involved in the massacre did not know what was planned but there are stories that a few had their suspicions and tried to warn their hosts of what was to come. The reconstruction of the planned turf and creel house at the Glencoe Visitor Centre will undoubtedly be a poignant reminder of what happened.

The Glencoe and Loch Leven area has an abundance of wildflowers from May onwards. Ancient woodlands are full of bluebells. I remember once driving past the little church at Ballachulish surrounded by the most amazing display of bluebells. Glencoe is of particular importance to alpine species of plants, for which it is a conservation area. If you are very lucky you may see the likes of red deer, mountain hare, snow bunting, ptarmigan, buzzards and Golden Eagles as they make their homes in this amazing landscape. Numbers of Scottish wildcats are also increasing in the area. 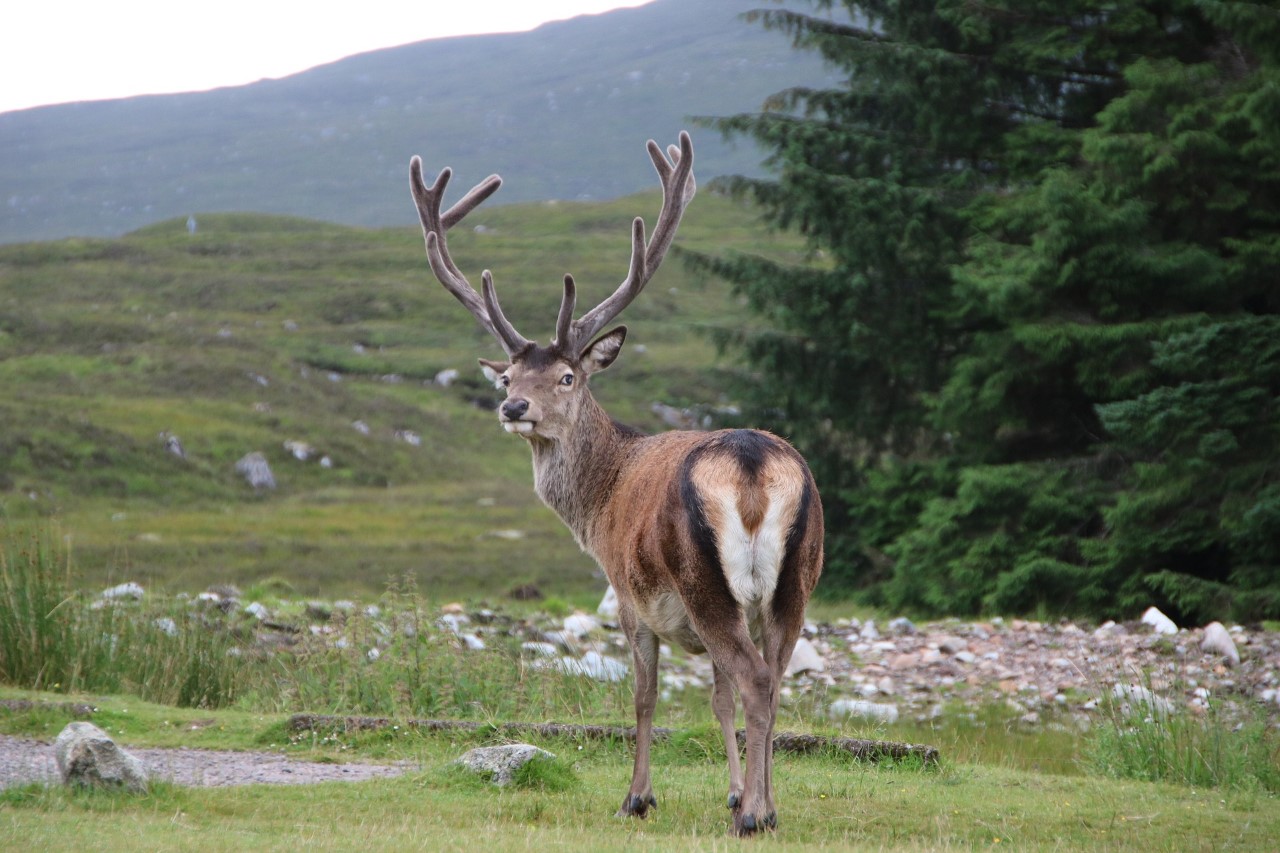 Other habitats within the glen include birch woodland, moorland and peatbogs. Unfortunately, other wildlife also includes Highland Midges!

There is an abundance of outdoor activities which take place in this beautiful part of Scotland. Mountain climbing and skiing are just two of these. The Glencoe Mountain Resort has a chairlift which enables visitors to head for the heights. The chairlift is open year-round and takes just twelve minutes to take you from the valley floor to a height of 2200ft. From this height (weather permitting) the views are spectacular. You’ll be able to see waterfalls, Ranoch Moor and Buchaille Etive Mor. When the chairlift stops you have a choice of two stunning viewpoints. The first is directly as you get off the chairlift and is

known as Eagles Rest. The second requires a walk of three quarters of a mile and rewards with an amazing view down Glen Etive. The chairlift is accessible to all. 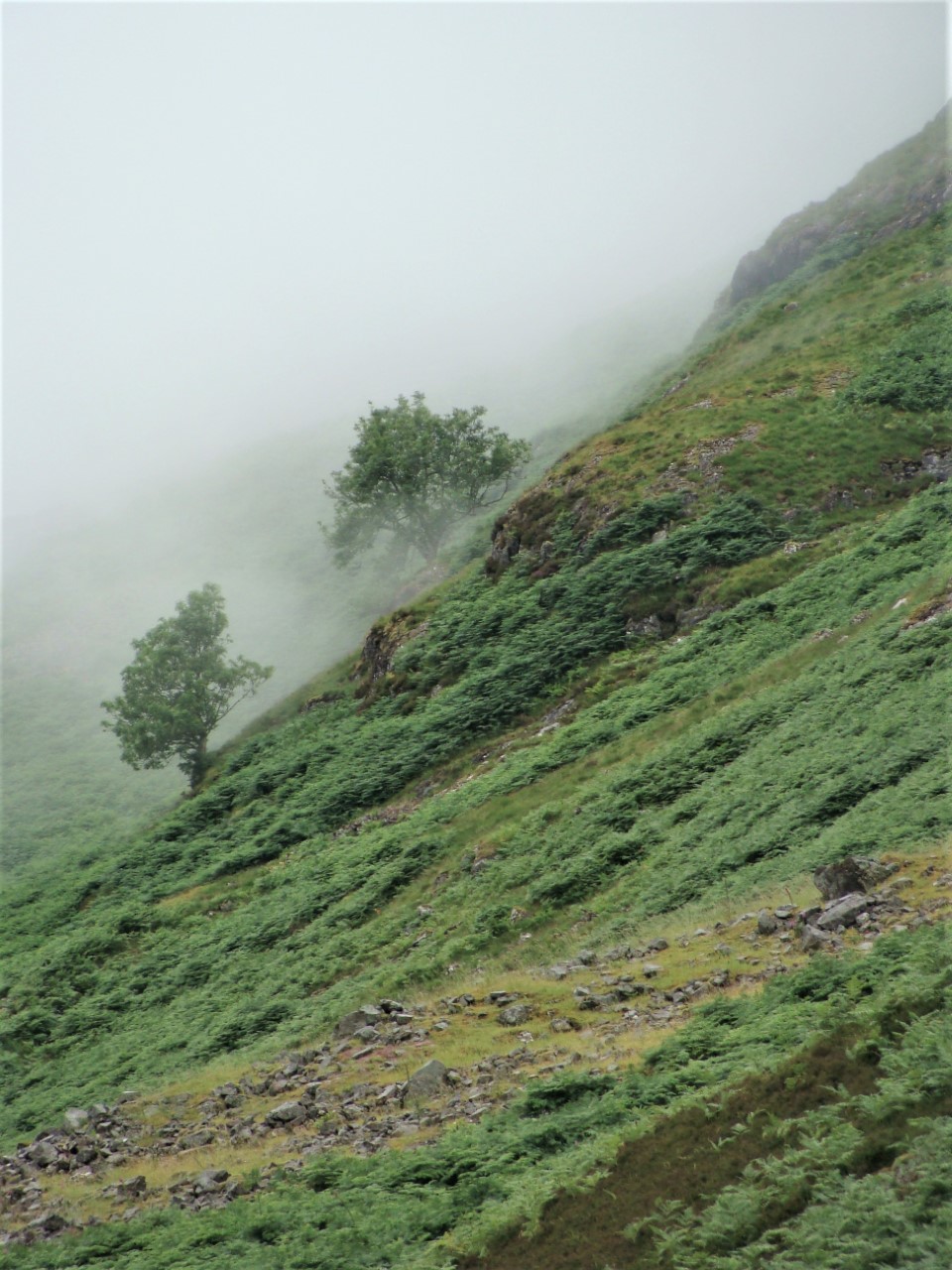 It’s entirely up to you how you get back down. You can, of course, re-join the chairlift, walk or you can take an adrenalin fuelled route with your mountain bike, ski or snowboard, depending on conditions of course. The last time I was there lots of people were paragliding back down. It was great watching them, they seemed to float effortlessly and I can only imagine how quiet and peaceful it must have been for them.

The small village of Glen Coe is near to the visitor centre and also well worth visiting with a number of lovely tea rooms and art galleries to indulge in.

Useful links for your information: https://discoverglencoe.scot/listing/nts/